On the 29th March 1912 captain Scott storm bound in a tent near the South Pole made the last entry in his diary. “The end cannot be far”.

If only Theresa May had that luxury. She has given everything from her health to her sanity to push her deal over the line and has now has taken the honourable course and has sacrificed herself for the good of her country and her party. It was the right thing to do. And when she finally staggers away from the limelight towards a good night’s sleep the airwaves will be awash with the hypocritical eulogies from those treacherous bastards who have spent the last three years doing their level best to destroy her. Now they have succeeded. But at what a terrible cost to the country and whatever is left of the Conservative party.

The only question that the Sunday newspapers will obsess over is the timetable for her departure. Just pray that Chris Grayling isn’t in charge of it. I would imagine that there would be some sort of announcement today or tomorrow in the prayer that it might galvanise Parliament into agreeing something or anything. But she cannot just up sticks next week and fire the leadership election gun. The poor thing has to suffer even more humiliation by agreeing a some sort of plan to give Parliament more time to…..what? I really don’t know. But Brexit will not be put on hold. It has died. We will all pretend that somehow it can be delivered in in a way that won’t wreck the economy and satisfy all sides of the argument. But it can’t. The best that anyone can hope for is to welcome it into the land of the living dead in the hope that The People will tire of the fantasy that they have bought into. Brexit fatigue has already begun to set in.

I have finally reached the stage where I can longer play lip service to the lie that I respect the will of the people. I don’t. And now I am going to say something which most politicians think but dare not say. Vast swathes of the electorate are terminally stupid and cannot be trusted with determining the future of our country. They vote on a whim. Let them choose a government, a local authority or even a dog catcher, but never ever let them near a referendum again. Yet their capriciousness is not entirely of their own making. They were taken in by the lies, the simplistically false arguments, computer algorithms and a whole raft of dangerously deluded charlatans. It makes the stinking mess that inhabits most of the green benches the perfect representatives of the people.

British democracy isn’t yet dead, but is having the life sucked out of it. When I find myself nodding in agreement with Nadine Dorries as I was on Friday morning, it is time for the men in white coats to take me away.

The Ergonauts have self detonated and only chief petty officer Baker will be going down with the ship. He and a few others will do their best to blow up the government. And will fail. Mogg has jumped into a leaky lifeboat leaving behind any grain of integrity on the tilting deck. But what of Boris? Now this really is a tricky one for Borisologists. Is he going to re re re rat or reverse ferret? Or maybe both. But whatever he does he is still acknowledged as the uncrowned king of rodentia. Over the next few weeks MPs will never be more than six feet away from a Boris. The trouble with him (where does one begin?) is that he is all tip and no iceberg.

So back to the leadership. Firstly, pity the poor sod that wins. Will someone tell me what is left of the Tory party to lead?

Lets’s get the tired cliches of the commentariat out of the way first. ‘Skip a generation’. It’s not going to happen. Good people like Rory Stewart and Tom Tugenhat should be put in the cabinet, but are just not ready for the top job. Yet.

‘The most sophisticated electorate in the world’. Oh, do fuck off. They are just a bunch of greasers and chancers on the make. They will support whoever is likely to give them a job.

‘They will be under pressure from their constituency associations to back Boris’. Perhaps. But MPs know the candidates better than anyone. By all means take soundings and consult members. But if they have any sense they will play their cards close to their chests. It is, after all, a secret ballot. Whoever you come out for you are going to piss off some dreadful little local in pot dictator. And don’t let’s pretend that Conservative Associations have not been infiltrated by UKIP. Just look at Beaconsfield. Grieve has effectively been ousted by a pantomime producer who stood against him as a UKIP candidate at the last election. These vile people are just political parasites seeking a new host. And they have found one.

But it’s Christmas and New Year for that little shit Farage. He now has a new self serving cause and the European elections will provide him with yet another hate filled platform to spread his poison.

As I have argued before, the next Tory leader cannot be a Remainer, nor a born again Brexiteer. Stage two of the negotiations, assuming we get there, is the really tough one. But whatever there is, and it won’t be much, which is worth salvaging from the wreckage it is going to have to be managed with someone who can reach out. Someone who can forge alliances. Someone who understands the DUP. But most of all, someone who will not ignore the 48 percent. I am fed up with saying it but unless there is a spirit of compromise from everybody we will let in an extremist either of the left or the right.

Looking at the rout in Parliament square yesterday, the faces of angry old men and women twisted in anger, Farage screaming that ‘they were in enemy territory’, and Tommy Robinson screeching vitriol and bile on a big screen, how could one forget the words that united Margaret Thatcher and Clement Attlee? “Referendums are the device of dictators and demagogues”.

Malevolent forces are at work on our tiny island. It is time that the silent majority was heard above the rabble. It may be time for a new way of doing politics. 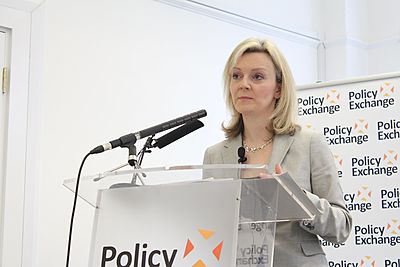